Published Oct 20, 2016 Modified Nov 7,2018 by Neena Nandagopal. This post may contain affiliate links which means I make a commission if you shop through my links. Disclosure Policy

Last week I made a recipe that called for toasted coconut for my son's graduation.

I had never made toasted coconut before (believe it or not) and actually never gave it much thought.

The fact is – it is really, super easy to make.

I never realized the many ways that I could use toasted coconut:

Given how easy it is to whip up a batch, I now know that I can impress lots of people with little effort.

How To Toast Coconut

If you are making a recipe, then you will use the quantity of coconut that the recipe requires. But if you are making toasted coconut on it's own, this is how you do it.

Start with a 7 oz. bag of sweetened coconut flakes. You will find this in the baking aisle at your grocery store.

Spread the coconut flakes in a thin layer on a large baking sheet. (In these photos my baking sheets bear the scars of many years of good food – so, no, they are not dirty. Just well loved.)

Put the coconut in the oven.

How Long Do You Toast Coconut?

After about 2 or 3 minutes, stir it up for even baking. Now toast coconut in oven for an additional 2 minutes or so.

Remove from the oven when golden brown at about 5 minutes total baking time and let cool on baking sheet.

Use in your favorite recipes or as garnish. Store unused portion in an airtight container.

The important thing is DO NOT OVER BAKE.

Watch the oven very closely because toasted coconut can go from done to burnt in the blink of an eye.

This is one of those recipes where you should not multi-task.

I actually asked Siri on my Apple Watch to set a timer for 2 minutes.

Thinking that “she” had everything under control, I went about other business.

Wouldn't you know that while I was toasting the coconut my Apple Watch decided to wig out and freeze.

So, that two minutes started to feel really long. Thankfully, I caught it in time. :-/

Have You Made Toasted Coconut?

What are some of your favorite recipes that call for toasted coconut?

My name is Neena Nandagopal. I'm a CPA turned professional organizer and blogger, a mom to four great teens and young adults, and wife to a wonderfully supportive husband. I blog about practical solutions to make life easier - because, well - it is always a work in progress. 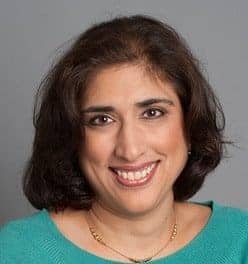 Get the
Weekly Organizing News
in Your Inbox

You are signing up to receive informational and promotional email from Almost Practical LLC and its properties. Unsubscribe at any time.